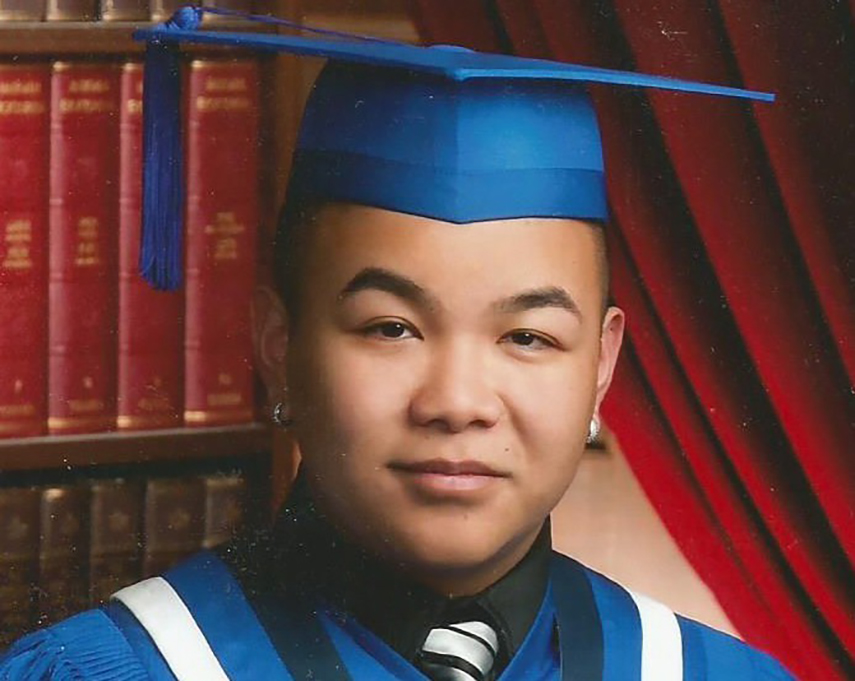 Growing up in a large family, Tai Nguyen saw firsthand the struggle his parents dealt with to provide for the family. Both parents worked year-round to make sure the family was taken care of, and that hard work ethic inspired Tai to reinvest his interest in his education.

After struggling in high school, Tai looked back on his education and realized that in order to make his parents proud, he’d have to return and continue his education. After connecting with Spectrum, Tai found a new interest in school, with the support of smaller class sizes and teachers that were available and flexible in helping Tai complete his education.

As Tai’s education at Spectrum progressed, he set a goal at being the first in his family to graduate from post-secondary. “No one in my family had ever attended college or university,” said Tai. “I wanted to make my family proud and show them that all their hard work paid off. Being the first in my family to attend post-secondary education was a real accomplishment for me and my parents.”

Tai is currently attending his first year at BCIT in the trades program and is hoping to complete his red-seal certification and move into the workforce. The STAND Foundation has helped support Tai’s tuition for his first year, something he says has helped encourage him to pursue his further education. “There is a lot of stress put on how to pay for tuition fees, books and school supplies. With the support of STAND, I can focus on learning these new skills and saving money for next year’s tuition. It’s been a real source of support and something I’d recommend to any student wanting to further their education but unsure of where to start.”