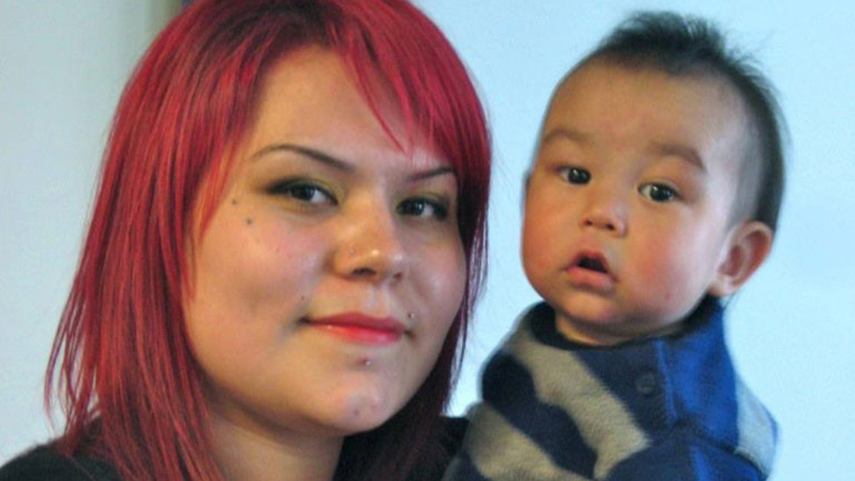 Keesha says she loved the school’s flexible work environment and the devoted attention of teacher Susan Downing and student support worker Kim Brand. She says she also found it helpful that she could tackle one subject at a time. By completing each course, she could build a foundation of success that just got her more motivated to show up to school.

With Downing and Brand’s help, Keesha re-focused on her studies and set her sights on completing her studies to receive her Dogwood. “They never pushed or overwhelmed me,” says Keesha. “They just supported me.”

Then part-way through her studies at Pinnacle, Keesha got pregnant. That only ignited her drive to push harder in her studies. She says she wanted to get her diploma so that if her son ever ran into trouble at school, she could speak with authority that with perseverance, he’d be able to get through it.

After the baby was born, Keesha says she was sidetracked due to her child’s health complications. Downing says she was impressed with her student’s commitment to her son. “She practically lived at the hospital for those first few months,” says Downing. “Now she’s focused on being a role model for her son. That baby is really loved and really happy.”

After her son stabilized enough for her to continue with her studies, Keesha headed back to Pinnacle to work on her final tasks. She also started thinking about a post-secondary career that would be flexible and also accommodate her interests.

What she came up with was piercing. Ever since she’d been little, she’d always like piercing.  Indeed, when she was a little girl she pierced her own ears and got in trouble from her parents. While the pain wore off, the passion never did. Years later, she says that her choice of going to piercing school will open a career path that’ll fit well with her interests.

“It’ll be good to actually get some training and make something out of it,” says Keesha. “It is something I like and I’m not scared to do it. It is also a career that’s flexible.” Keesha says she couldn’t have pursued her dreams without the help of the STAND Foundation.

“Thank you so much for your support and generosity. It is helping so many people do what they want to do with their lives,” she says. “It is so awesome what they do.”