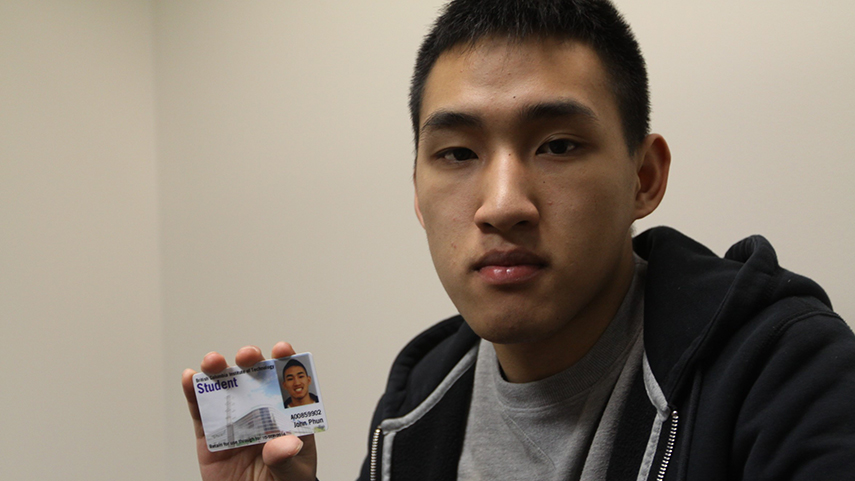 Spectrum student John turned his life around and is now on his way to BCIT.

John says before he got his life back on track, he was a disappointment not only to his family, but also to himself. But with a significant amount of perseverance and the support of great teachers as well as the STAND Foundation, John has managed to turn his life around and is set to enter into BCIT in March 2013 to study pipe-fitting. It’s a career with a great deal of promise which will keep John busy and on his feet. He says he’s planning on specializing in steam fitting and one day hopes to work with fluid gasses, steam and other industrial sized pipes in large projects.

John’s career path has been given a solid start thanks to STAND’s commitment to support his post-secondary work. He says without the support, sending him to school would have been a severe strain on his working-class family.

John’s bright future wasn’t always so dazzling. When he started secondary school at Killarney Secondary, he got involved with “not a nice group of friends.” He started missing homework, skipping classes and drifting away from his family. He started using marijuana frequently and had trouble concentrating on his academics. His bad habits got him kicked out of secondary school at Grade 10 and then bounced him around to other schools including John Oliver’s Take a Hike program.

During one time out, John says he reflected on his life and how disappointed his parents and brothers were with his behaviour. “The whole family was disappointed. There was a lot of bad communication and arguments those days,” he says. That’s when he started to think about changing his life and his situation. He started to wean himself off marijuana and things became clearer. He got some help from a substance abuse counsellor and emerged from the fog of addiction.

Eventually John made it back to Spectrum, an alternative education program connected to Killarney. There, his work ethic impressed some of his teachers and he was offered an opportunity to apply for a STAND Foundation scholarship. When he found out he’d won, he says he was incredibly proud and raced to tell his parents.

It was clear he had turned a corner in his life and his parents weren’t the only ones who were proud of this accomplishment.