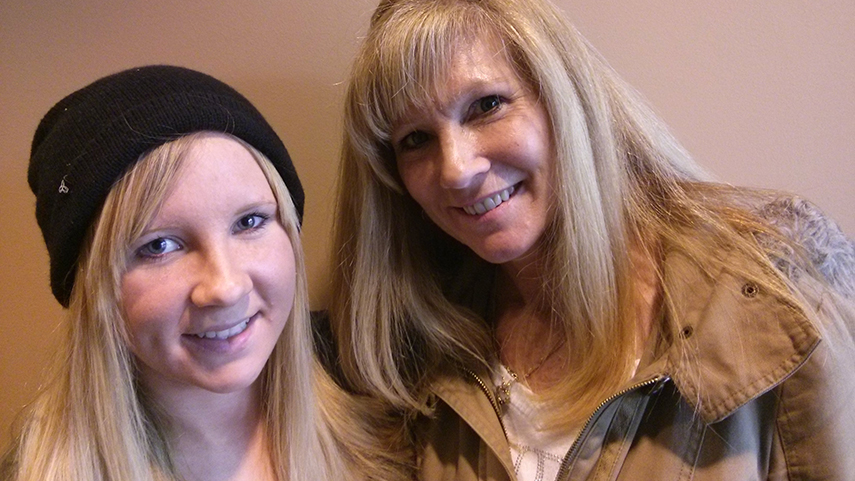 Brianna Polos is on her way. She’s enrolled at Capilano University and studying for her legal administrative certificate where she has been added to the Dean’s list for her high marks. She says her favorite course is corporate procedures, which Polos is hoping will come in handy if she gets her dream job of working for a firm downtown.

While she studies legal procedures during the week, on weekends, evenings and days off, Polos is hard at work making ends meet at Canadian Tire where she holds down a part-time job. Juggling school and work is a challenge for Polos who hopes to, one day, become a paralegal; but it’s child’s play compared to her life in high school when everything was in flux and things looked grim.

Bullying had started in Grade 8 and grown more menacing as Polos continued through school. Her vice-principal couldn’t believe the immense bullying she was encountering, which prompted the decision to change schools in hope the bullying would diminish; but it only followed her. Things only got bleaker and now Brianna was facing a tragic emotional event which led her to depression and a downward spiral for Polos’ mental health. Things were tough.

“In the main stream system, I was going through a lot and I started to fall behind,” says Polos. “You get to a point when you are so far behind, you just don’t have the motivation to continue. It is almost like sinking in a dark hole. I didn’t think I could ever catch up so I thought, ‘screw it’ and dropped out.”

Fortunately for Polos, her mother Debbie and a great support team found her a program that could provide the supports she needed.  Mountainside is a unique alternative education program based in North Vancouver. But she still found herself falling in a dark hole.  Fortunately, Polos had the amazing support from youth support worker Amanda, who supported her through some very tough emotional times.  “She helped me get through a lot. Definitely she took time out of her own day,” says Polos. “It wasn’t just about a job for Amanda.”

Brianna then enrolled in a six-week program Wired 4 Success, to help get Brianna back on her feet, then finished her Grade 12 at Mountainside. When graduation time came, Polos says there were a lot of tears. Her teachers were crying with joy. Her mother was crying. And then she learned that in addition to having her high school diploma in hand she had also received a $2,500 scholarship to pursue her educational dreams courtesy of the STAND Foundation. Polos’ mother says that STAND’s generosity has been a significant help to her little family. She says it has lifted a huge amount of stress off of her mom’s shoulders, who has a great deal of financial responsibilities already as a single mother.

“I’m so proud of my daughter,” says her mother. “And her achievements haven’t ended. She was just recognized as employee of the month and year at Canadian Tire in North Vancouver.